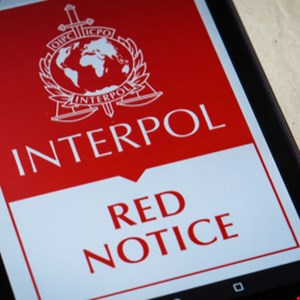 The two individuals allegedly played a key role in multiple cyber-attacks and a major extortion scam that claimed victims in both South Korea and the United States.

On Friday, South Korea said that it had asked Interpol to issue a “Red Notice” for the suspects to bring them to the country to face prosecution.

Red notices, the most consequential type of notice Interpol can issue, “seek the location and arrest of a person wanted by a legal jurisdiction or an international tribunal with a view to his/her extradition.”

The notice isn’t an arrest warrant, but it is a request to law enforcement worldwide to locate and provisionally arrest a person pending extradition, surrender, or similar legal action.

The Korean Police Agency said it has received domestic arrest warrants for the two suspects. However, the names of the two suspects have not been released. But it has been reported that one of the suspects is a Ukrainian national who was detained along with five other people by Ukrainian police in June.

The detention was part of a joint raid by South Korean and United States authorities on the homes of individuals allegedly linked with the Clop ransomware gang.

It is alleged by the South Korean police that the detained suspects laundered virtual currency for a hacking organization. The crypto-currency was allegedly the proceeds of ransomware attacks and was later converted into cash.

Choi Jongsang, chief of the South Korean police’s cybercrime investigation division, said that the two red notice suspects played leading roles in cyber-attacks carried out in 2019. The attacks deployed ransomware against a university and three companies in South Korea.

The victims capitulated to the attackers’ demands, handing over a Bitcoin ransom worth $3.8m. Police in the Ukraine reportedly said that the same gang attacked Stanford Medical School, the University of Maryland, and other educational establishments in the United States.