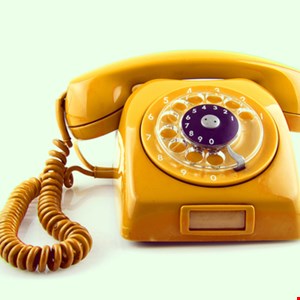 The United States’ Department of Justice (DOJ) is seeking to recover a financial penalty of nearly $10m that was imposed on a man from Montana for operating malicious robocalling campaigns.

The Federal Communication Commission (FCC) fined Libby resident Scott Rhodes $9,918,000 in January 2021 after discovering that he had illegally used caller ID spoofing with the intent to cause harm.

An investigation by the FCC found that between May 2018 and December 2018 Rhodes had made thousands of spoofed robocalls targeting specific communities with malicious pre-recorded messages.

“The robocalls included xenophobic fearmongering (including to a victim’s family), racist attacks on political candidates, an apparent attempt to influence the jury in a domestic terrorism case, and threatening language toward a local journalist,” stated the FCC in a news release.

On Wednesday, the DOJ filed a complaint against Rhodes in the US District Court for the District of Montana that seeks to recover the financial penalty and obtain an injunction that would prevent Rhodes from committing any further violations of the Truth in Caller ID Act.

The complaint accuses 52-year-old Rhodes of making 4,959 illegal robocalls in multiple states with falsified caller ID information, with the intent to cause harm. For each state he targeted, Rhodes crafted unique campaigns that referenced local events.

Residents of Brooklyn, Iowa, were targeted with xenophobic messages referring to the arrest of an illegal alien for the murder of a local college student, Mollie Tibbetts, in July 2018. Meanwhile, victims in Charlottesville, Virginia, were harassed with robocalls based on a false conspiracy theory in an apparent attempt to influence the jury in a local murder trial.

Rhodes harassed people in Florida and Georgia with spoofed robocalls that attacked gubernatorial candidates, while in Idaho, he robocalled residents of Sandpoint City, attacking the local newspaper and its publisher.

“It is unlawful to spoof caller ID numbers to trick consumers into answering unwanted phone calls with the intent to defraud, cause harm or wrongfully obtain anything of value,” said Acting Assistant Attorney General Brian Boynton for the Justice Department’s Civil Division.

“The department will work with its agency partners to vigorously enforce the telemarketing laws that prohibit these practices.”