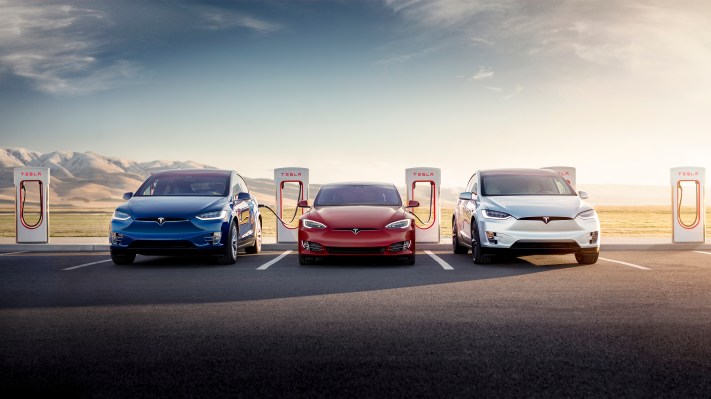 Tesla is rolling out a pilot program in the Netherlands that opens 10 Supercharger locations to non-Tesla electric vehicles for the first time.

Non-Tesla drivers that want to use a Supercharger location will first need to download the Tesla app and create an account with the company. From there, they can select ‘Charge Your Non-Tesla,’ search for a location, add a payment method and start charging, according to information on Tesla’s Netherlands website.

Trial program for opening Tesla Superchargers to other EVs has begun https://t.co/g4HpgRGl7d

Drivers operating non-Tesla EVs will not have a totally seamless charging experience; while Tesla users can simply plug in and out, these drivers will have to indicate on the app when to start and stop the charging session. And while the price of electricity will stay the same for Tesla owners, non-Teslas will incur additional costs, including those “associated with charging a large number of different cars and made to make the locations suitable for cars from other brands,” the company said.

Only EVs with a CCS standard connection will be eligible to participate in the pilot. Here in the U.S., Tesla Superchargers use a proprietary connector, but Musk indicated in a second quarter earnings call in July that an adapter could be sold or offered at the company’s North America charging locations, should the network open in the U.S. He also suggested that the company could implement dynamic pricing during busy periods.

The pilot will let Tesla “gain experience, monitor flow at the loaders and collect user feedback,” the company said on its website. Tesla is encouraging its drivers to continue using the 10 locations as normal, likely to ensure that it is getting good data on how its flagship users are affected. In the case of non-Teslas charging slower than Tesla vehicles, the pilot will also likely measure the impact of slower charging times on other users.

CEO Elon Musk has long indicated that such a program, which the company is calling the “Non-Tesla’s Supercharger Pilot,” might eventually be introduced. He confirmed in July that the network would open to non-Teslas by the end of this year, and this pilot appears to be just the beginning; The company said on its website that it will be adding additional countries to the program “in the near future.”

Tesla’s Supercharger network includes over 25,000 fast chargers, by far the largest network owned and operated by an automaker in the world.

“Our ambition has always been to open the Supercharger network to Non-Tesla electric cars in order to encourage more drivers to make the switch to electric driving,” Tesla said.

During the earnings call in July, Andrew Baglino, Tesla’s senior VP of powertrain and energy engineering, made the case that opening the Supercharger network to non-Teslas could result in lower electricity costs overall.

“Increasing the utilization of the network actually reduces our costs, which allows us to lower charging prices for our customers and make the network more profitable, allows us to grow the network faster,” he said. “And no matter what, we’re going to continue to aggressively expand the network capacity, increasing charging speeds, improving the trip planning tools to protect against site congestion using dynamic pricing, as Elon mentioned.”