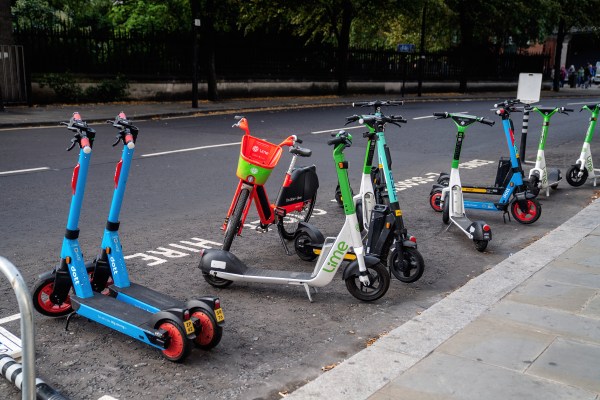 Riding a scooter in Paris will soon feel incredibly… slow. The City of Paris has announced that scooter sharing services should restrict the maximum top speed to 10km/h (that’s 6.2mph). That decision comes following a number of pedestrian injuries that involved a scooter.

Paris has been an important market for scooter sharing companies. It’s a dense city with an important network of bike lanes. There are also a lot of tourists looking for different ways to explore the city.

For those reasons, the situation used to be a bit out of control. At some point, 16 different scooter startups wanted to operate a fleet of scooters in Paris. Paris ended up selecting three companies and implementing a set of rules. Dott, Lime and Tier won permits to operate shared electric scooters for two years.

Since then, things have been going well for those three companies. This year alone, Dott raised $85 million in a mix of equity and asset-backed debt financing, Tier recently raised $200 million in debt and equity, and Lime closed a $523 million raise in convertible debt and term loan financing. Except that scooters became a public safety issues for riders, but also for people just walking down the street. According to the AFP, scooters have been involved in 298 accidents in 2021 alone. 329 people have been injured and two persons died.

In particular, a dramatic event occurred back in June 2021. Two women were riding a scooter near the Seine at night. They hit a pedestrian and left her there. A couple of days later, she passed away at the hospital.

The relationship between the City of Paris and scooter startups never really went back to normal following the accident. On July 1st, Paris listed a dozen areas with a high density of pedestrians, such as the Tuileries and Palais Royal gardens or the Bastille and République squares. Scooter sharing companies agreed to limit the maximum speed to 10km/h in these areas using real-time geolocation.

In September, the City of Paris asked each arrondissement administration to list areas where the top speed of scooters should be limited to 10km/h. The result was a patchwork of 700 slow zones. And scooter startups agreed to implement those zones in their respective service.

But the City of Paris wants to go even further than that. The entire city is now a slow zone for scooter startups, except a couple of streets that have wide lanes for bikes, scooters and other micromobility vehicles. Of couse, if you have your own scooter, those restrictions won’t apply to your personal device. The new restrictions on scooter sharing services will be implemented during the first half of December.

The only good news is that the scooter tender has been extended by six months. Dott, Lime and Tier will keep their scooter permits until February 2023. But today’s new rules could have some significant consequences on usage in Paris.

In other news, the City of Paris is also going to regulate free-floating electric mopeds. There are currently five companies operating in Paris — Cityscoot, Cooltra, Lime, Yego and Troopy. Other companies are also working on a launch in Paris.

Paris wants to regulate mopeds with permits. It’ll work a bit like scooter permits, except that those permits will last five years. Only two or three companies will be able to operate a fleet of mopeds in Paris. The new system will start on September 1st, 2022.