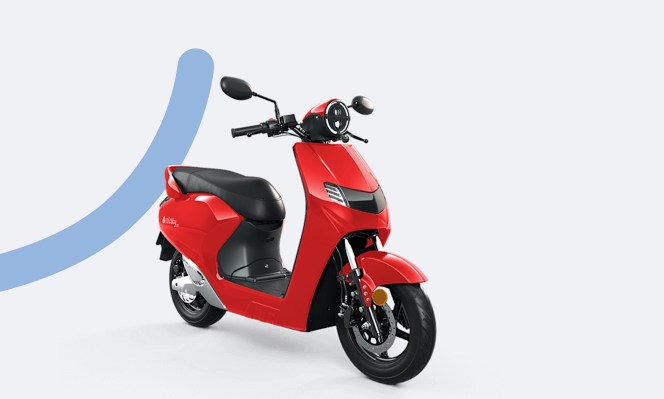 Bangalore-based Bounce on Thursday priced its first electric scooter at as low as 36,000 Indian rupees ($480), considerably undercutting the heavily-backed rival Ola as the mobility war intensifies in the world’s second most populous nation.

The startup, backed by B Capital and Falcon Edge, launched its first electric scooter called the Bounce Infinity E1 that features a swappable battery and several other unique features including tubular frame, hydraulic telescopic front suspension and twin shock absorbers at the rear ithat it said are designed for the Indian roads.

Customers will be able to swap the battery once it discharges from a nearby swapping station. The startup is building a network of swapping stations, for which it is tapping thousands of gas stations as well as mom and pop stores, in several Indian cities, Bounce said.

“It’s pretty big, not just for us but we believe that it’s a game-changer for India as well,” said Vivekananda Hallekere, co-founder and chief executive of Bounce, in an interview with TechCrunch. The startup said it has tested the swappable battery for over 200 million kilometers.

Vivekananda Hallekere, founder of Bounce, outlining the challenges holding back the adoption of EVs in India. (Image credits: TechCrunch)

Bounce has already set up a factory in the Indian state of Rajasthan and is planning to set up another one, Hallekere said. He said Bounce is setting aside $100 million to invest in the electric vehicle business in the next one year.

The startup is hoping that most of Infinity E1 customers will purchase the scooter without the battery. In the state of Gujarat, the variant will be available for $480 and the price will slightly vary in other states depending on government subsidies.

Those opting to go for the Bounce Infinity E1 without the battery will pay for swapping each time they replace an empty battery, the startup said. “This pushes the running costs of the scooter down substantially, by as much as 40% compared to conventional scooters,” the startup said.

The Bounce Infinity E1 can run as fast as 65 kmph and lasts for about 85 kilometres on one charge, the startup said. It will ship in five different colors and can be customised. Customers will also have full visibility about the vehicle’s performance as well as will have the ability to trace and remotely lock the scooter.

India is the world’s largest two-wheeler market. Two-wheelers — scooters and bikes — command over 80% of all vehicles sold in the country Electric vehicles are yet to make inroads in the country. In recent years, scores of entrepreneurs have started to make a push in the space as the nation attempts to cut its carbon emission. India is currently the third-largest carbon-emitter after China and the U.S.

SoftBank-backed Ola recently launched its electric vehicle that is priced at 99,999 Indian rupees, or $1,350. Ola has delayed the shipping of its scooter several times. It’s hoping to make its electric vehicles a big success and counting on it becoming a headline as it eyes the public markets, according to two sources familiar with the matter.

Bounce said it will take pre-orders for the Infinity E1 scooter starting today. It will start shipping the scooter in early March.