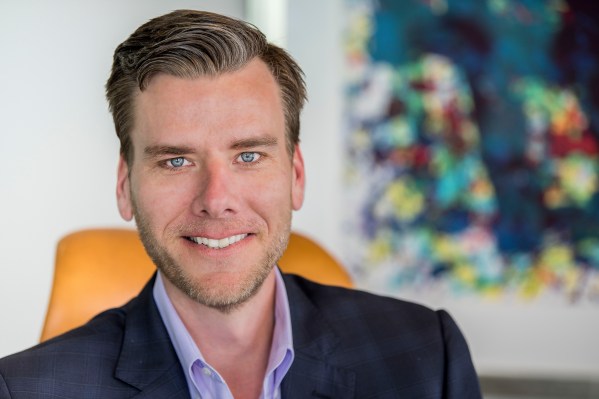 In recent years, enterprise software companies have grown faster, and more valuable, than ever. Still, most startups never reach that kind of escape velocity, with many of plodding along while their venture backers — who are returning to market more quickly and raising bigger funds — move on to newer, shinier objects.

The end result is many thousands of stranded companies with a limited number of options. One of these is to simply shut down. Another option for some companies is buy back their shares. A third option for some is sell to a private equity firm that is interested in potentially rolling up sub-scale properties or bolting a startup onto another asset. There is so much opportunity for PE firms, in fact, that according to the Financial Times, the software-focused buyout firm Thoma Bravo plans to raise up to $35 billion for its next fund.

Unsurprisingly, newer players are also getting in on the action. Among them is Camber Partners, a San Francisco-based growth equity firm founded last year by investor Scott Irwin, long of the venture firm Rembrandt Venture Partners.

Camber is today taking the wraps off a $100 million debut fund that promises to either buy — or buy a majority stake in — stranded SaaS companies, reinvigorate them with its own in-house data science technology, then sell them within what would ideally be around five years or less.

Irwin says he founded Camber Partners largely out of aggravation with the current venture environment, which requires that startups scale up unnaturally fast in order for VCs to return the massive amounts of capital they’ve been raising in recent years.

VCs have seen some “awesome successes because of the model but “the failure rate also way higher.”

As for Irwin’s alternative, he says that helped by cofounder and serial operator Jason Hable, along with Scott Ernst, Camber’s VP of data and engineer, the young outfit is positioned with a data platformcalled Gemini to isolate companies across the globe with a specific profile, then help fuel their growth. Its targets should make a “well-loved product” that enjoys “strong, organic inbound” interest from potential customers; they should be generating between $3 million and $10 million in annual recurring revenue; and they be looking to overcome an “under-optimized go-to-market” strategy.

“If you feel like you haven’t fully realized the growth potential of the business, that’s a really good fit,” says Irwin.

Already Camber has backed two companies: Scout APM and SE Ranking. It spent $8 million to pick up a majority interest in Scout, which makes application performance software, along with a related business called ExceptionTrap.

It has not disclosed terms of its deal with SE Ranking, which makes SEO software, but Irwin says a typical investment will be “$10 million to $25 million checks.”

As for exits, Irwin says he expects that they will look like typical SaaS exits, including sales (“full or partial”) to financial sponsors like Thoma Bravo or another active software investor, Vista Equity Partners. In some cases, if the stars align, he hopes initial public offerings will be in the cards.

Either way, “We don’t need 50 times our return,” says Irwin. “We try to get very aligned with a team that a $200 million exit can be life changing and a strong return for everyone involved.”

It’s not always an easy number to sell in today’s go-go market.

“The good thing about private equity interest in the space is that if investors want to accept it [a buyout proposal] and the management team wants to keep going, you can work that,” says Irwin. “The challenge [for founders] is when the investors are like, ‘Oh, yeah, $200 million just doesn’t move the needle for us. We’re not willing to accept that. You need to turn that down and go for a billion-dollar exit, and then it turns out it’s a wipe out.”

#InfosecurityEurope2022: The Interactivity Between Nation-State Attackers and Organized Crime Gangs
Wondermed pulls $4,600K out of a hole to ply you with ketamine
Late-stage tech companies must do right by their employees: Reassess your 409A valuations
India’s central bank cracks down on fintech startups
Do back offices mean backdoors?