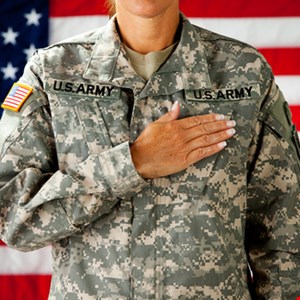 A man from Virginia has admitted cyber-stalking a United States Army recruiter for two years.

Prosecutors said Danley’s first contact with the victim occurred in February 2018 when he sent her an email asking for information on joining the US Army.

A month later, Danley met the recruiter in person when he visited her recruiting station in Harrisonburg, Virginia. It was on this occasion that Danley took and failed the entrance exam.

The wannabe soldier was told by the victim and by other army recruiters that he should keep studying and retake the exam at a future date.

Prosecutors said that after receiving this advice, Danley began repeatedly making calls to the army-issued cellphone belonging to the victim, whose identity was not disclosed in court filings.

During the calls, Danley kept asking the victim when he could retake the exam.

Prosecutors said: “Each time, Danley was asked if he had studied for the test – which he admitted that he had not – and was advised that he would only be permitted to retake the test after he had studied.”

In May 2018, after two months of phone calls, Danley started to send the victim abusive emails and text messages and to express his anger over the phone. In one email he wrote: “I remember every thing you [expletive] done to me so time to settle the score.”

Danley then took to posting abusive and physically threatening messages on social media to the victim and two other army recruiters.

In response to Danley’s campaign of harassment, the victim took out a restraining order against him. When he violated that order, Danley was sentenced to a year in prison.

Within a few months of his release in June 2019, Danley started harassing the victim again via Facebook. In August 2020, a grand jury indicted Danley on one count of cyber-stalking and three counts of interstate threats.

On December 20, Danley pleaded guilty to cyber-stalking. He is due to be sentenced on February 1 and faces a maximum sentence of five years in prison.