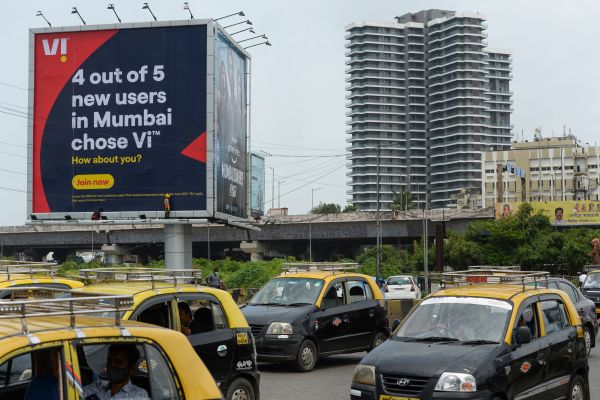 Vodafone Idea said on Tuesday the Indian government will own 35.8% of the company after the third-largest telecom operator’s board approved conversion of dues and spectrum auction instalments into equity.

The operator, which is a joint venture between the British giant Vodafone Group and billionaire Kumar Mangalam Birla’s conglomerate, owed the government dues of roughly $6.76 billion. Following the conversion into equity, Vodafone Group’s shareholding will be diluted to 28.5% while Aditya Birla Group’s will shrink to 17.8%. The Indian government will become the largest shareholder in the wireless telecom operator.

Bharti Airtel, the second largest telecom operator which also owes dues to the government, said last week it won’t be converting the interest on deferred spectrum related payments and government dues into equity.

Tuesday’s announcement comes months after the Indian government gave operators more time to pay dues on a two-decade dispute last year. (The Indian government and telecom operators have for a decade disputed how gross revenue should be calculated. The government has mandated the license and spectrum fee to be paid by operators as a share of their revenue. Telcos had argued that only core income accrued from use of spectrum should be considered for calculation of adjusted gross revenue.)

The rescue plan, nonetheless, was critical to both the telecom operators who have been hurt by the arrival of Reliance Jio, run by Asia’s richest man Mukesh Ambani, which undercut their offerings to become the top Indian telecom operator with over 400 million subscribers.

Many private phone operators exited the market, merged with rivals, or filed for bankruptcy after Jio lured away subscribers with cheap data and free calls. Vodafone Idea hasn’t reported annual profits since 2017.

Airtel and Vodafone Idea had sought relief on the $14 billion they owe to the government, a plea the Indian Supreme Court rejected last year. Vodafone Idea executives said in September last year that the company was hopeful of successfully raising funds to pay the dues.

Analysts were expecting that Vodafone Idea won’t have to resort to diluting its dues into equity. “With the recent ~20% tariff hikes and Vi having likely tied up the funding for repaying the non-convertible debentures maturing between December 2021 and February 2022, its prospects have improved. In our view, Vi is likely to continue its fund-raising efforts from its promoters and other investors rather than letting the government acquire a significant stake,” brokerage firm IIFL said Monday.

A New Destructive Malware Targeting Ukrainian Government and Business Entities
U.S. Sanctions 4 Ukrainians for Working with Russia to Destabilize Ukraine
This Week in Apps: Fortnite (sorta!) returns to iOS, PUBG Mobile maker sues over copycats, Apple plans for alternative payments in South Korea
How to know if your email has been hacked
DigiCert Acquires Mocana