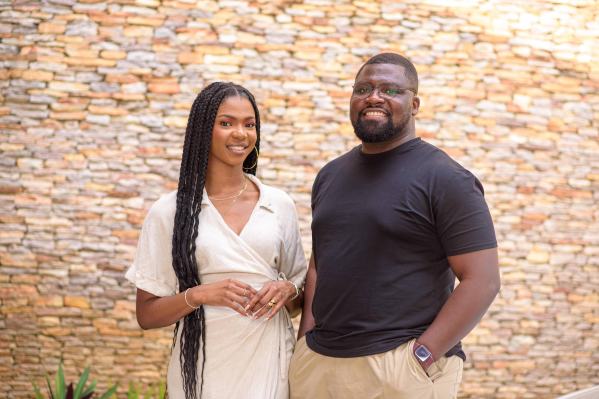 To buy a share in Amazon, you’d have to fork out almost $3,000. It’s a luxury very few can afford and despite the prospects of the trillion-dollar company or returns from its share price, it’ll take some contemplating to pay that full price for those who can afford to pay.

But with fractional investing, pioneered by Robinhood, access to these securities are democratized and people can own smaller shares in big companies.

There are many Robinhood-esque platforms globally because of a growing need to invest in U.S. stocks in different parts of the world. Bamboo, launched in January 2020, is one of such in Nigeria. Following two years of significant growth and raising $2.4 million to facilitate it, the investment firm is announcing that it has raised $15 million in a new financing round.

U.S.-based Greycroft and Tiger Global co-led the Series A round (it’s the second Tiger Global-led investment announced this month after Ghanaian fintech Float). Motley Fool Ventures, Saison Capital, Chrysalis Capital and Y-Combinator CEO Michael Seibel are some of the other investors in Bamboo’s round, per a statement seen by TechCrunch.

The average Nigerian only has a handful of ways to save and invest. The nation’s currency, the naira, experiences devaluation every other year against the dollar and currently runs on an almost 16% inflation rate. Building a portfolio of stocks, particularly U.S. stocks, is one way they can hedge against inflation and currency devaluation.

The S&P 500, for instance, has an average annualized return of 10.5% from 1957 through 2021. But Nigerians that could access such services, up until a few years ago, were HNIs with resources to open brokerage accounts and consult asset managers.

For the average Nigerian, it’s an expensive and tedious process that takes weeks. But Bamboo simplifies all that. As a brokerage and retail investment app via its partnership with DriveWealth LLC, it lets Nigerians set up an account in minutes and buy and trade U.S. stocks in real-time.

“What we essentially want to do is to make investing in the global stock market easy for Africans,” said Richmond Bassey, who founded the company with COO Yanmo Omorogbe.

“In accessing investment options, especially in capital markets, both locally and globally, we want to make that easy for Africans because we’re driven to help Africans create and preserve wealth by owning shares in the world’s most successful companies.”

Stock investing is relatively nascent in Nigeria, but Bamboo has managed to rack up impressive numbers quickly, showing expertise in user acquisition and retention. The company said it has more than 300,000 users; of that number, about 20% are active daily traders, while 75% never traded stocks before using the platform. In 2021, repeat depositors made up 85% of deposits on the Bamboo platform.

These users are charged a commission of 1.5% per transaction and about ₦45 (~$0.1) to $45 withdrawals for users with naira or dollar bank accounts, respectively.

Bamboo has competitors in the Nigerian retail investment space such as Chaka, Rise and Trove. They differ in the type and class of securities they offer; for instance, Bamboo gives access to U.S. stocks, ETFs and ADRs, while Chaka deals with stocks and ETFs trading on local and foreign capital markets. But all have been collectively subjected to regulatory issues at home.

Last April, Nigeria’s capital market regulator SEC declared the activities of these investment firms as illegal and warned capital market operators to stop working with them.

Then in August, the Central Bank of Nigeria (CBN) accused them of operating without licenses as asset management companies and “utilizing F.X. sourced from the Nigerian F.X. market for purchasing foreign bonds/shares.” A court order to freeze their accounts for six months pending CBN’s investigation followed. According to findings released by the CBN, the four fintechs had a total of ₦15 billion (~$30 million) turnover from January 2019 to April 2021.

It’s unclear where Bamboo stands with the first directive, but Bassey confirmed to TechCrunch that the company received a court order to unfreeze its accounts. Operating in a tight regulatory space has somewhat stood in the way of other features Robinhood and other investment platforms offer freely, yet Bamboo cannot, for now, such as crypto.

“Stocks and selling stocks is a regulated business and currently, we are only live in Nigeria. Working very closely with regulators in Nigeria, we have to work within the ambit of what they are comfortable with and what they allow.

“That’s the extent to which we are offering our services. Perhaps if we launched in other markets and regulators there have a different relationship with a certain asset class, we would also work within the ambit of what they are comfortable with,” said the CEO. He also stated that Bamboo is waiting for approvals from regulators to start offering Nigerian stocks before Q2 this year so Africans and those in the diaspora can tap into investment opportunities on the continent.

The next market for Bamboo is Ghana. Over 50,000 users have joined its waitlist since it announced intentions to launch in the neighbouring West African country, the company said. Similarly, there has been some demand from Kenya and South Africa, so Bamboo will look to move into those countries soon with this new funding.

Other uses of funds include scaling the company’s tech infrastructure for smoother processes and faster withdrawals. The company intends to introduce new products to add to its stock-trading feature and B2B product that allows asset managers and fintech companies to integrate Bamboo into their offerings for their customers.

Bamboo’s round at this stage is akin to Robinhood’s Series A eight years ago, in terms of size. It’ll be unfair to assume that Bamboo can replicate the U.S. fintech giant’s growth trajectory over the years. But there’s no denying that with the backing of Tiger Global and Greycroft who have backed successful retail platforms over the years (Robinhood and Public, respectively), the Nigerian retail investment platform is poised to reach mass scale across Africa in the following couple of years.

“These are very early days. If you think about it with the kind of technology that we’ve put together, the kind of brand that we’ve created, the access that we do both locally and globally, then we’ve come far, we are a unique team that incept a vision to say we want to get 1 million or 2 million Africans to invest in over the next 18 months and have a great shot at making it happen. We’re one of the few teams that can do that on the continent today, so the future is bright for us,” the chief executive remarked.