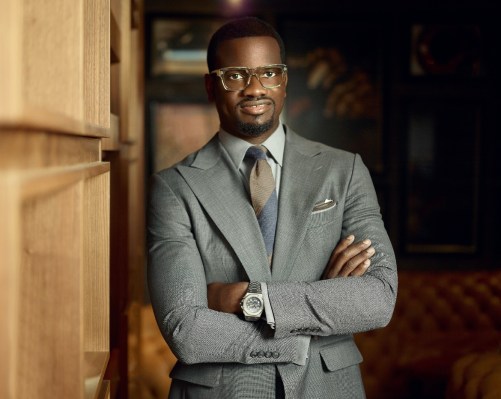 African countries are yet to catch up with social security and safety programs commonly used in the West, where the government provides health insurance and unemployment benefits to citizens.

Only 1.9% of its adult population had one form of insurance policy in Nigeria as of 2018. Despite the dire situation, many startups are springing up to broaden insurance coverage across the country.

In the news today is one such company: Casava. The self-described “Nigeria’s first 100% digital insurance company” has raised a $4 million pre-seed round. It’s the largest pre-seed for an African insurtech company and second-largest for a Nigerian startup after Nestcoin, whose round was announced a day before.

Bode Pedro is the founder and CEO of Casava. Before starting Casava, Pedro ran VisaCover, an insurance brokerage company, in 2014. The idea for Casava came while VisaCover provided an alternative in the auto insurance market by allowing drivers of Uber, which was one of its partners, to make weekly insurance payments instead of quarterly or yearly payments insurance partners before it operated.

“We saw mass adoption and knew the market needed insurance payments to be broken down. But then we noticed that as brokers, we didn’t have full control about that process and we weren’t giving people the best experience,” Pedro told TechCrunch on a call.

“We knew if we were going to take insurance to the next level, then maybe we need to control that product and be involved in product end-to-end.”

After the serial entrepreneur exited the insurance brokerage company in 2016, Pedro brought on Olusegun Makinde, an ex-VP at JP Morgan, as chief operating officer to build Casava in 2019. The team cruised to get a micro-insurance license and launched fully in April 2021 to provide affordable and accessible insurance products to millions of Nigerians.

There are further reasons why insurance has failed to scale in Africa’s largest technological market. First, traditional insurance companies in Nigeria have built their businesses on mandatory insurance for enterprise customers in oil and gas, energy and property. Their unit economics is suited for large and not small transactions, which isn’t necessarily a bad thing, but this way, insurance products can’t get to the mass market.

But there’s another reason for this low insurance adoption: the preference of instant gratification over long-term benefits. In essence, people prefer to invest in positive rather than adverse outcomes.

“When you wake up, you’re thinking about the positive things that could happen to you. Like how you save money and get interest, you invest and get returns, you work hard and you make money, or you collect bonuses, right?” the chief executive said.

“For insurance, it’s about negative outcomes, which Nigerians and human beings, in general, don’t like to think about. Even if they think about they clear it in their head. So the key to success in insurance is to hack behaviour with your product. How do you make your product attractive?” he queried. 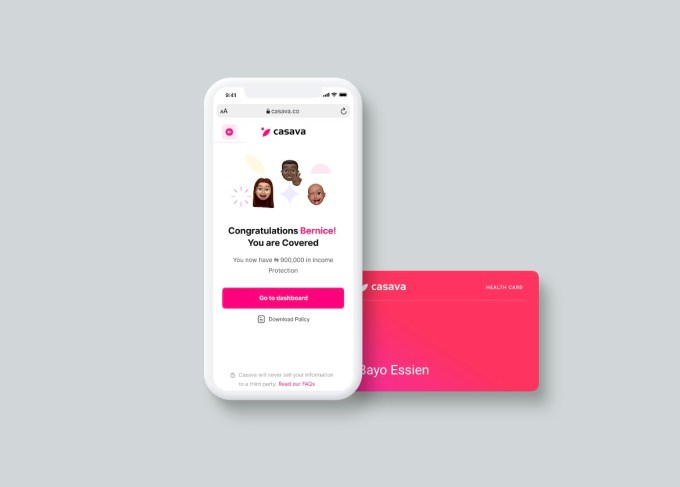 First, when consumers can subscribe to Casava’s insurance products directly via the website, mobile app or WhatsApp, they are given a month-free trial with an option to opt-out should they not like the service. However, should they continue, Pedro said Casava would provide them with value-added services such as executive coaching, telemedicine and job services.

The digital insurance platform currently provides cover for health and job loss. Unlike the former, insurance around job loss is relatively uncommon in Nigeria. There’s undeniably a market for it: 20% of workers in Nigeria lost their jobs because of the pandemic; however, the country’s staggering unemployment rate places so much risk on the insurer.

But it seems Casava has found a way to make it work with its Income Protection product. According to the company, subscribers can insure their income from $1 (~₦500) monthly, and get paid monthly for six months if they lose their job, become sick or disabled.

“It’s been a successful product. We’re scaling it well and people are like, ‘I didn’t even know you could do this.’” We’re seeing workers trying to buy for their employees; even lenders are looking to get their borrowers to buy it.”

Subscribers can also use its Health Insurance product and access more than 1,000 doctors on telemedicine and 900 hospitals across Nigeria. There’s also HealthCash, which lets users get reimbursed when they visit the hospital for specific periods, all for ₦250 (~$0.5) – ₦300($0.6) a month.

Casava works with reinsurance partners who guarantee a refund when claims are paid as a licensed microinsurance underwriter. That’s how it makes revenue asides from profit — off subscription fees. The company says it already has more than 66,000 customers, with $16 million in insurance coverage.

Leading insurance startups across Africa rarely converge at a single offering or market. For instance, Kenya’s Lami and South Africa’s Root provide APIs, health insurance is one of Reliance Health’s products, Ctrl is an insurance marketplace. So Casava, in a way, has had to build its playbook from the ground up (at least in Nigeria; Naspers-backed Naked has a similar platform in South Africa) around holistic insurance products that resonate with the average Nigerian customer.

The funding will support more product launches from life and travel insurance to home and smartphone insurance. “We have delivery, insurance, logistics, insurance, I mean, it’s fascinating what we’re doing and the idea is that it’s one subscription with flexible payment options,” said the CEO.

He added that Casava would also use the investment for customer acquisition, growth and developing its product and technology stack. The insurtech company plans to work with fintech and digital partners to embed insurance products into their offerings. This way, it hopes to gain access to over 500,000 financial service agents to reach millions of uninsured customers nationwide and keep them out of poverty.

“I think that if you have millions of people that are insured, you reduce the situation where people go into poverty. If one is crawling out of poverty and something unfortunate happens, which is almost inevitable, they go back into poverty because they were not insured,” Pedro stated. Right now, only 2 million people have active policies in Nigeria, and if we do what we’re supposed to do, it’s going to be something compelling for Nigerians, and hopefully, Africans.”