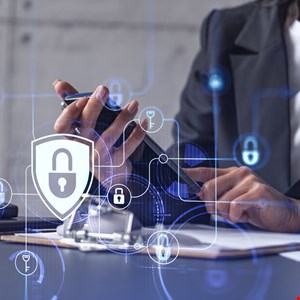 Authorities in California’s Orange County have launched a new initiative to help the public identify and report cyber-threats.

SafeOC is a localized version of the national ‘If You See Something, Say Something’ anti-terrorism public awareness campaign that emphasizes the importance of reporting suspicious items and behaviors to law enforcement.

He added: “Crimes happening online are much more prevalent than they were just a decade ago and criminals are finding new ways to create new victims and ways to victimize people.”

Cyber-investigator with the OCIAC, Lance Larson, said solving cybercrime cases is challenging as bad actors often operate from overseas, and encryption makes it difficult to “follow the money.” He added that early detection was crucial in the fight against cybercrime.

“It gives us that ability to go on and be able to start the disruption process of stopping the cyber-attack, potentially being able to freeze money as it’s moving through the financial system potentially trying to go overseas,” said Larson.

The SafeOC website also provides information about the dangers children face when gaming online such as cyber-bullying, malware, spying and data loss. Advice offered to parents includes ensuring webcams and microphones are defaulted to the ‘off’ setting and ensuring children don’t create usernames that reveal any personal information.

The site also warns parents about hidden fees in freemium games that provide some content for free but charge users to access the game’s full features and functions.

“In 2018, these ‘free’ games generated $61bn in revenue,” states the site before warning users never to share their payment card details with a freemium game and to regularly check their credit card bills for unapproved purchases.