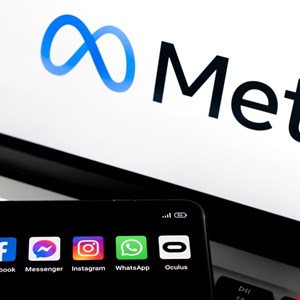 Meta has said that it “will likely” stop Facebook and Instagram from operating in Europe unless the company is allowed to transfer, store and process Europeans’ data on servers based in the United States.

The possibility of the social media networks being withdrawn from the continent was included in Meta Platforms, Inc.’s annual report to the US Securities and Exchange Commission on Thursday.

Meta claimed that processing user data transnationally was vital for its business and targeted advertising.

Previously, Meta operated under an EU-US data transfer framework named the Privacy Shield, but the European Court of Justice invalidated the treaty in July 2020 over data protection violations. While a successor arrangement to the Privacy Shield remains under negotiation, companies in the United States have had to execute standard contractual clauses (SCCs) to send or receive data to the EU.

In August 2020, a draft decision from the Irish Data Protection Commission (IDPC) preliminarily concluded that Meta Platforms Ireland’s reliance on SCCs in respect of European user data does not achieve compliance with the General Data Protection Regulation (GDPR).

In light of this finding, the IDPC proposed that such transfers of user data from the EU to the US should be suspended. A final decision in this inquiry is due to be issued in the first six months of 2022.

Meta stated in its report that: “If a new transatlantic data transfer framework is not adopted and we are unable to continue to rely on SCCs or rely upon other alternative means of data transfers from Europe to the United States, we will likely be unable to offer a number of our most significant products and services, including Facebook and Instagram, in Europe, which would materially and adversely affect our business, financial condition, and results of operations.”