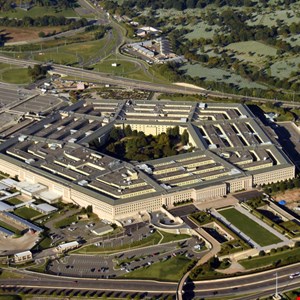 Senior cybersecurity official Katie Arrington has resigned from her position at the Pentagon.

Arrington has been on administrative leave from her role as the chief information security officer for acquisition and sustainment (A&S) at the Department of Defense (DoD) since May 2021. The CIO’s Gamma security clearance was suspended by the National Security Agency (NSA) after she was accused of improperly disclosing top-secret information to a DoD contractor.

Mark Zaid, Arrington’s attorney, said his client had resigned in protest of the DoD’s recent decision to move the Cybersecurity Maturity Model Certification (CMMC) Program from the DoD’s office of A&S to the DoD CIO’s office.

Arrington, who previously served as a Republican South Carolina state legislator, was appointed by the Trump administration to establish the CMMC program at the DoD.

In her resignation letter dated February 7, Arrington alleged that the suspension of her clearance was “politically influenced” and described the allegations made against her as “false accusations” which have not been substantiated by the DoD and NSA officials.

Arrington said the Air Force Office of Special Investigations (AFOSI) “could not identify any nefarious intent which would warrant a criminal or counterintelligence investigation” after reviewing her alleged disclosure.

A lawsuit filed by Arrington against the DoD/NSA in October 2021 over the allegations was settled in January by the DoD, who Arrington claims paid all attorney fees.

Arrington wrote: “It is a very sad day for our nation when the sustained and incredibly impactful contributions of a dedicated member of the Senior Executive Service are dismissed because of false accusations with no rationale and their association with the previous administration and ridiculous internal-to-DoD power grabs.”

She continued: “I never approached my public service in a partisan manner, but my service and my good name was [sic] disparaged without basis and in a totally partisan manner.”

Arrington alleged that her clearance was suspended because she was in the process of filing a hostile work environment claim against deputy assistant secretary of defense Jesse Salazar.

After Arrington was placed on leave, Salazar took over the management of the CMMC program. On February 2 2022, deputy secretary of defense Kathleen Hicks executed a memo to dissolve Arrington’s entire office and job.