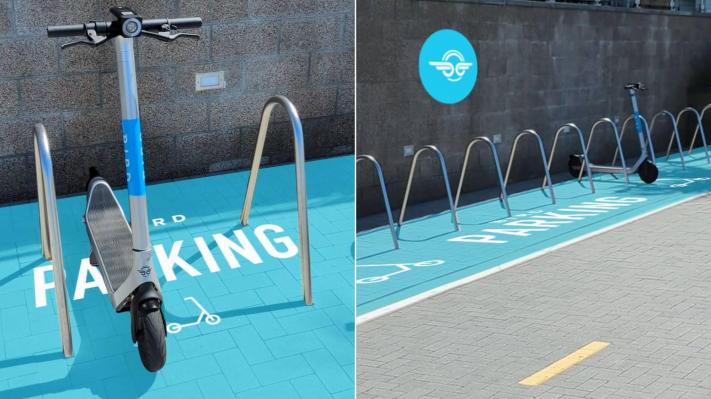 Bird and Lime are launching new tools to help alleviate the problem of shared electric scooters parking inappropriately, and both are powered by Google.

This tech comes as shared micromobility operators are furiously trying to innovate on ways to alleviate the “problem” of inappropriate scooter parking, despite the fact that some studies show less than 1% of scooters and bikes are improperly parked.

Bird said it received early access to Google’s new ARCore tech, which was also announced at I/O as an API that allows developers to remotely create and deploy augmented reality experiences using precise location and orientation on a global scale. Presumably, Lime also received early access, but TechCrunch was not able to confirm with Google in time.

Similar to the camera positioning technology of Fantasmo, which was recently acquired by fellow shared micromobility operator Tier, VPS will prompt riders to take a quick scan of the surrounding area using their smartphone. Then the system will compare a rider’s images against Google’s vast database of Street View images, while also leveraging Google’s 3D scanning and augmented reality technology, to determine a rider’s location and if the scooter is parked correctly, according to Bird and Lime.

“Stationary objects such as buildings and signs are used as reference points, while more dynamic objects like people and vehicles are ignored,” reads a statement from Bird, which noted that Bird is considering rewarding good parking with automatic ride discounts.

Bird VPS is already being piloted in New York City, San Francisco and San Diego by a random sampling of riders, with plans to expand to new cities in the coming weeks and months, according to the company. Bird claims it operates in more than 400 partner cities around the world, which likely includes the cities in which it integrates local bikeshare programs with its app. Google offers Street View coverage in 87 countries.

Out of the over 200 cities that Lime serves, its VPS is live now in six: London, Paris, Tel Aviv, Madrid, San Diego and Bordeaux. Similar to Bird, Lime’s pilot involves testing the tech with a portion of riders. The company said results from its pilots have been promising, with those who used the new tool seeing a 26% decrease in parking errors compared to riders who didn’t have the tool enabled.

The new tech comes months after Bird announced the launch of its sidewalk riding detection, which has the capability to detect and correct unsafe riding behavior, as well as monitor inappropriate parking. That system was originally being piloted in San Diego and Milwaukee, but Bird says the company is scaling the tech to new markets, like West Hollywood and Madrid.