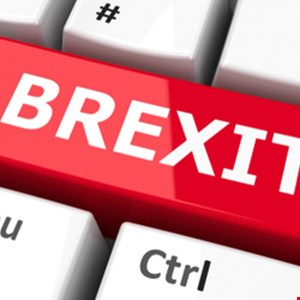 A group of hackers from Russia could be behind the leak of a list of emails between former director of MI6 Sir Richard Dearlove, Gisela Stuart, Robert Tombs, and other political figures within Theresa May’s government between August 2018 and July 2019.

According to an investigation by Reuters, the cache of intercepted emails contained alternative Brexit plans to May’s ‘clean’ EU exit deal and was leaked to the public by the Russian hacking group Coldriver.

The Coldriver group, who was also reportedly behind a recent phishing campaign in Ukraine, would have published the cluster of emails on a website called ‘sneaky strawhead’ under the title ‘Very English Coop d’Etat,’ according to the head of Google’s Threat Analysis Group Shane Huntley.

The executive told Reuters how Google was able to see the connection between the leak and Coldriver “through technical indicators,” but refused to provide additional information about that connection.

While the authenticity of the email has not yet been officially confirmed, Dearlove confirmed to Reuters that he was “well aware of a Russian operation against a Proton[mail] account which contained emails to and from me.”

At the same time, the former MI6 head called for caution, highlighting that the leaked emails should be treated with caution considering “the context of the present crisis in relations with Russia.”

Among the allegations mentioned in the email leaks is the so-called ‘Operation Surprise,’ a plan spearheaded by Dearlove and aiming to oust May and replace her with Boris Johnson.

When asked by Reuters, Dearlove said that the emails described a “legitimate lobbying exercise which, seen through this antagonistic optic, is now subject to distortion.”

The leak comes almost a year after the UK House of Commons pushed the majority of its staff members through cyber training following the Whitehall CCTV security leaks from the Matt Hancock scandal.