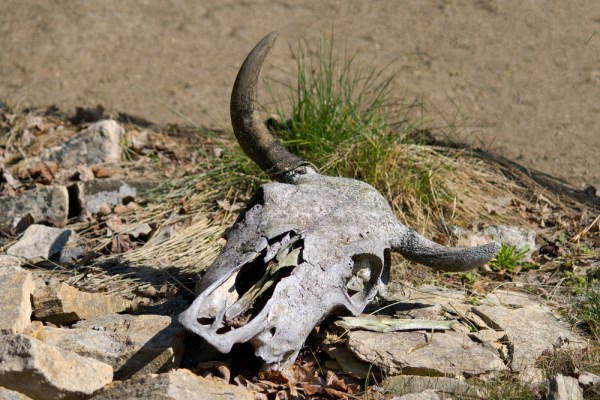 It’s a tough day for special purpose acquisition companies, or SPACs, which had already fallen out of favor after roughly 18 months in the limelight.

Senator Elizabeth Warren is planning a bill that targets the SPAC industry, her office announced today. Called the “SPAC Accountability Act of 2022,” the bill would expand the legal liability of parties involved in SPAC transactions, close loopholes that SPACs have “long exploited to make overblown projections,” and lock in longer the investors sponsoring a deal.

Even if the bill never passes, the SEC is today concluding a 60-day public comment period on a number of its own proposed guidelines for SPACs, specifically around disclosures, marketing practices and third-party oversight.

As TechCrunch noted in a weekend look at the astonishing number of electric vehicle SPACs to flounder, assuming the SEC’s rules are approved, the barrier of entry to going public via a SPAC will rise to the same level as companies choosing the more traditional IPO listing process, including to hold liable banks associated with SPACs for misstatements related to the merger. (To protect itself, Goldman Sachs has already said it’s no longer working with most SPACs that it took public and pausing work with new SPAC issuance.)

It’s not as if either initiative will abruptly stop SPACs in their tracks. They’d already begun losing momentum last year, when the SEC warned in March 2021 that SPACs weren’t accounting correctly for investor incentives called warrants. Indeed, while 247 SPACs were closed in 2020, most of the SPACs raised last year (613!) came together in the first half of the year, before the SEC made it quite so plain that it planned to do more on the regulatory front.

Now those many blank-check companies need to find suitable targets in a market turned bearish, and the clock is ticking. Given that blank-check companies are typically expected to find and merge with a target company within 24 months of investors funding the SPAC, if those hundreds of companies can’t complete mergers with candidate companies within the first half of next year, they’ll either have to wind down (which can means millions of lost dollars for SPAC sponsors) or else seek out shareholder approval for extensions.

It’s even worse than it sounds. With the time between when a deal is announced to when the SEC has time to review it taking up to five months, according to SPACInsider founder Kristi Marvin, even SPACs that strike a deal tomorrow couldn’t ask their shareholders to vote on it until roughly November.

In fact, while lawmakers and regulators seem late to the party, they will undoubtedly be watching for unnatural acts as SPAC sponsors do everything in their power to cross the finish line.

Already, a number of SPAC sponsors has already begun to ask their shareholders for more time to get a deal done, some of them apparently hoping investors might warm again to the once-obscure financial vehicles. Magnum Opus, the SPAC that planned to take Forbes to take it public, filed two deadline extensions this year after announcing the merger last August. It would have needed to obtain its shareholders’ approval for an extension yet again to keep the deal alive; instead, reports the New York Times, Forbes just scrubbed the deal.

Also bound to happen more: SPACs that announce target companies outside of their area of expertise, and more redemptions that leave SPACs with far less cash on hand for their mergers.

Surf Air Mobility is a perfect example of both. A nearly 11-year-old electric aviation and air travel company in Los Angeles that operates via a membership model, it recently announced it would be going public via a merger with the SPAC Tuscan Holdings Corporation II, which came together in 2019.

Given that Tuscan was a little long in the tooth as SPACs go, it had to ask shareholders to approve an extension. It received their approval, though many backers redeemed their shares, shrinking the size of the capital pool Tuscan had to work with. With less capital to work with, Surf Air essentially lined up additional financing for itself.

Tuscan was originally targeting — but not limited to — a company in the cannabis industry to acquire, not a travel company. There’s nothing legally wrong with that, underscores Marvin, who also observes that it isn’t the first SPAC to shop far outside its preferred sector of interest.

Still, it could be another reason to give investors pause when SPAC sponsors need them to believe.

Consider an earlier SPAC, Hunter Maritime, which came together in 2016 with the help of Morgan Stanley to acquire one or more operating businesses in the international maritime shipping industry, per its original prospectus. Three years later, it acquired a China-based wealth manager instead and rebranded.

Today that combined company, NCF Wealth Holdings, is no longer a company.

“A lot of SPACs will liquidate over the next two years,” says Matthew Kennedy, a senior IPO strategist at Renaissance Capital. “I think shareholders are just looking at [the performance of companies taken public via SPACs] and saying, ‘Why would I hold this if I have a four out of five chance of losing money?’”