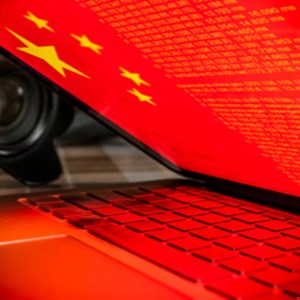 The leaders of MI5 and the FBI shared the stage for the first time yesterday in a bid to warn business leaders and academics of the seriousness of the espionage threat from China.

British intelligence boss Ken McCallum explained that the Communist Party and the government it controls has been engaged for years in attempts to steal “world-leading expertise, technology, research and commercial advantage” to boost China’s global standing.

This takes many forms: from Chinese spies operating undercover, to M&A and “tech transfers” from Western to Chinese firms, and the co-opting of local contacts who are sometimes oblivious to what they’re doing.

McCallum gave multiple examples of this activity, claiming that the UK has shared intelligence with 37 countries in the past year alone to bolster resilience to this state-sponsored espionage activity.

He argued that Beijing isn’t just trying to steal trade secrets and academic research from the West but also to influence its politics and even use GPS trackers and “other technical surveillance” against activists in the US speaking out against the Chinese government.

Wray urged business leaders and others to work with the intelligence services when incidents occur.

“Our folks will race out to give you technical details that will help you lessen the effects of an attack. Together, we can also run joint, sequenced operations that disrupt Chinese government cyber-attacks,” he said.

“We can also help you to ascertain whether the cyber problem you’ve encountered is actually part of a larger intelligence operation, whether the hackers you do see may be working with insiders, or in concert with other corporate threats, that you don’t see.”

Similarly, McCallum argued that the best way to fight China’s “whole of state” approach to espionage and covert influence is “by building trusted partnerships – across our national systems, and, as symbolised today, internationally.”

He urged local organizations to reach out to MI5’s Centre for the Protection of National Infrastructure (CPNI) and the National Cyber Security Centre (NCSC) proactively rather than wait for an incident to occur.

“Hostile activity is happening on UK soil right now. We don’t need to build walls to shut ourselves off from the rest of the world. We do need to build our awareness – and make conscious choices to grow our resilience,” McCallum concluded.

“You – the UK’s innovators and technologists, our researchers and scientists, our businesspeople – are one of the UK’s greatest strengths. That’s why you’re being targeted. Let’s not let your success be China’s competitive advantage.”